The difference a day makes!

So the revisions have gone up on the website and each individual horse's page needs to be double checked, updated and have the new(est) of the summer schooling photos and videos added. Which is fine - actually, it is almost fun to have it as a "To Do Project" honestly. 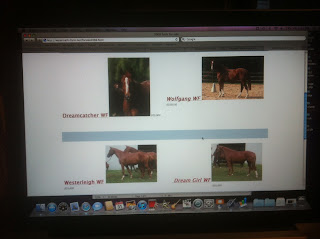 I had done two thirds of the pages and was preparing to upload them to the server when I went out to ride yesterday with printed copies of all the USEF level tests in hand. Mom had a "beat the heat" early lesson, so I wanted to squeeze in a quick run through the 4th 3 with Wyatt. Now he rocked the test! Which is absolutely awesome! A bit of fine tuning and he's ready to show! Which also means the DH PSG is easily within his reach for next season as well as the real FEI PSG and Intermediare I. (how awesome is that???)

But for kicks I schooled a few of the other horses through the 4th 3 during the day...and they were also very, very good. Most of them are coming back into the full program still as my ankle is beginning to let me work a full day from time to time, so there is more schooling to do before they are 'show ready'. But the changes are easy, the lateral work is no big deal and they are happy to do the pattern of the test!! Not bad for first run throughs of that level! Wendy (Wakanda) breezed through the test without any major hiccups, which was quite a surprise to me (she has opinions just like her mother did) and really settled into the changes beautifully. Liam (Don William) is a solid 2nd level and beginning to be strong enough to work on some of the 3rd level stuff. The others were very obedient and happy in the work! Which means, dum dum dum, it is definitely time to get out and about and find some schooling shows!!!

So what does this really mean? Well, for starters, it is downright fanfreakingtastic to have 7 horses on the cusp of being honest-to-goodness 4th level horses with some FEI horses ready to show! All of them are 8 or younger! But as a small downside - it's time to redo all their pages. Again.  :-/ Oh and shoot new videos, edit and upload them all to YouTube.  *sigh* 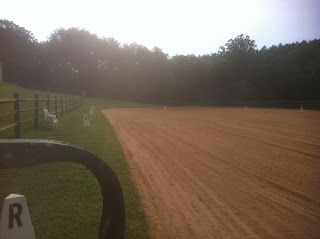 The work is never ending it seems! But I'll be honest - I'd rather be out riding than in the office working on the website and videos! Ahhhhhhhhhhhhh! ;-)