The cheat sheet as to who's who in the barn! 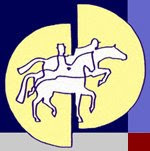 Since we have had so many horses over the years, it is easier to give everyone access to a list of names and photos so you can have an idea of who is who!


But before I go to the horses...this is Oreo - the resident assistant trainer - 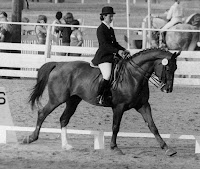 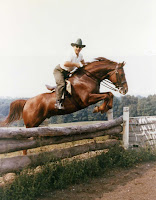 Abundance "Bundy"
1965 Imported Hanoverian stallion
(Absatz x Diadem by Dominus)
The stallion that started the dream of breeding exceptional horses here in the United States. Abundance was a successful riding, driving (single, pairs), eventing, jumping and FEI dressage horse - along with 15 years of foxhunting to his credit. Several sons were licensed for breeding including Again & Again, Adamant and Absolute. 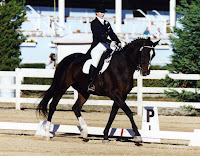 One of our most successful FEI horses (10 years competing internationally). She was Reserve Champion Mare at DAD in the mid 80's, AHS HOY at PSG in 1996 and the dam of Showtime WF, Savannah WF & Sabrina WF. 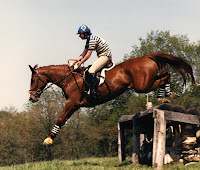 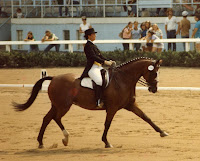 1972 AHS gelding
(Abundance x The Flirt xx)
Out of The Flirt and one of our first Abundance offspring to be trained up through the FEI levels. Full sister evented with Sally Cousins through Intermediate. 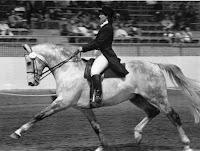 1977 AWR stallion
(Abundance x Villa May xx)
Mr. User Friendly, FEI horse, super foxhunter and competitve event horse. Extremely prepotent for exemplary temperament in his get in addition to his length of leg. 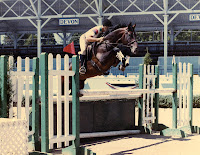 1986 PHR gelding
(Again & Again x Call Me Kate xx)
The family horse - Anne's young superstar who was kind enough to have success internationally at age 8 with Emily in the FEI levels& then went on to have a Grand Prix career with Anne, Emily & Ellie. Full brother to Abracadabra WF. 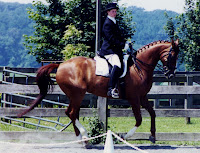 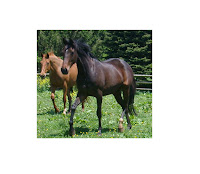 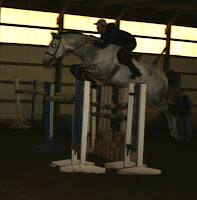 2001 AWR stallion
(Adamant x Dynasty WF)
The sweetest, kindest stallion we have ever had with enough power from his hindquarters to make you dream of jumping big fences even if you are a DQ. Full brother to Atreo WF, Alexis Carrington WF & All I Want. 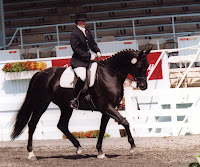 1996 AWR gelding
(Again and Again x Aly Alice xx)
Smartie Artie is the one who thinks the hardest FEI movements are a cakewalk. Full brother to Amelia WF. 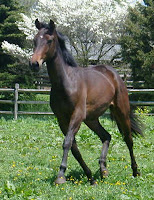 Achtung Again WF "Lily"
1991 AWR mare
(Again & Again x Teasing Shadow xx)
Anne's favorite mare to ride! Competed through 4th level and dam of Waterlily WF & Daylily WF. Lily is a valuable broodmare due to her dam's bloodlines - Sir George Gaylord/Royal Warrior/Tintagel...add that to Again and Again's...well, I don't need to explain any further, do I? Her daughters are treasures in our breeding program.

1965 Rhineland imported stallion
(Durchlaucht x Raute von Steinhausen by Radetzky)
A treasure of the Westphalian Verband who stood here in the 1980's thanks to the generosity of his owner Marlene. He is the predecessor of the famous D x R line cross with his grandsires being Duellant & Ramses...in case the beautiful head didn't give it away! 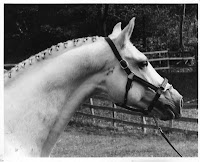 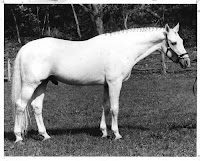 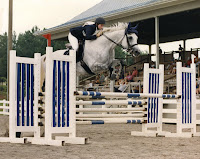 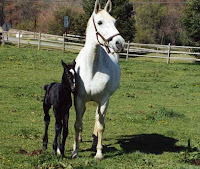 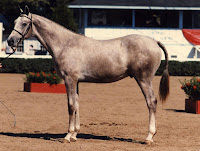 Hunter Breeding shows in the Mid-Atlantic. Campaigned as an Open Jumper up & down the East Coast in the 90's. 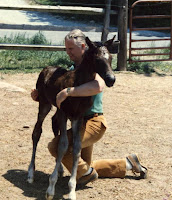 Duell Anastasia "Annie" or "The Madam"
1980 Imported Australian Hanoverian
(Duell Schuetz x Remake xx by Make Haste)
13 years of CDI competition, 5 riders earned their USDF Gold Medals and now retired here at the farm. She is the Grand Lady of the pasture at this point - enjoying a well earned retirement!

Dressage Royal
1998 Westphalian stallion
(Donnerhall x Rosalie by Rubenstein)
Dorit & Hermann Kothe's superstar of a sire who we are lucky enough to be able to utilize in our breeding program and offer to the US as his sole agents. More information can be found here - www.hengste-kothe.de and on our website on his various pages.

Don William WF "Liam"
2007 AWR gelding
(Dressage Royal x Savannah WF)
Our first Dressage Royal foal! Liam is the second sweetest horse we have! He craves kisses and wants to climb into your lap for a cuddle...sort of like a Labrador at its sweetest & most cuddly. 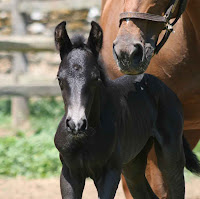 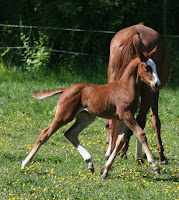 Dream Girl WF "Daisy"
2008 AWR filly
(Dressage Royal x Savannah WF)
Another Dressage Royal filly but it is hard to see him as this filly is a clone of her great-granddam Able Spirit. I semi-jokingly refer to her as LP - short for Little Prissy!

Dreamcatcher WF "McDreamy" or "Derek"
2008 AWR colt
(Dressage Royal x Abracadabra WF)
The youngest of the 2008 foals, McDreamy is just that. And if you've never watched Grey's Anatomy (the first season), well, just think of him as a ridiculously handsome horse with great hair and that extra special quality that draws you in closer, closer and closer still. He makes you covet him, plain & simple.

(Landscaper x Tabita)
Our Abundance ladies needed a bit of improvement, so Bobby came to the farm as a young stallion and went on to event successfully and eventually trained all the way up to Grand Prix with Emily. 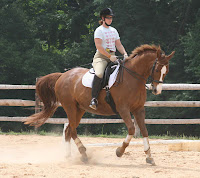 Savannah WF
1999 AWR mare
(South American Way x Able Spirit WF)
The mare who makes clones of the sires of her foals! Savannah hit it out of the park with her first colt Wyatt WF and each foal just keeps getting better than its predecessors! Dam of Wyatt WF, Windsor WF, Don William WF & Dream Girl WF. 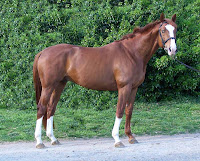 Showtime WF "Chester"
2001 AWR gelding
(South American Way x Able Spirit WF)
The quitessential show horse who has a lovely home in Carolin Krome's barn. Chester did have one filly before being gelded and going on to his career in the Adult Hunter division, now with many Championships to his credit. Full brother to Savananh WF & Sabrina WF.

1989 Hanoverian stallion
(Waldgott x Aries by Adios III)
Ellie's dream horse with a perfect temperament combined with the best work ethic and natural desire to please. His consolidated damline is the source of his unmatched prepotency in the breeding shed.
Successful Grand Prix competitor with 43 National USDF HOY awards to his credit and scores as high as 82.96% in recognized competition.

Wallace WF "Lacy"
2005 AWR mare
(Waldaire x Aly Alice xx)
The littlest foal of her birth year is now about to pass the 17 hand mark! She is very attuned to her handler/rider's mood and is incredibly sweet natured. 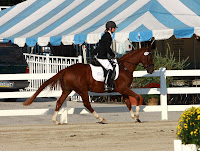 Wilona WF "Lona"
2006 AWR filly
(Waldaire x As You Wish WF)
The first to come up to a person in her pasture to see what's up...Lona is an in your pocket type of horse.

2006 AWR filly
(Waldaire x Amelia WF)
Gifted with her grand-daddy's trot from the very beginning, Wylie has a limitless future ahead of her. Of all the Waldaire/Again & Again fillies - this is the one that reminds me most of him in terms of movement. Full sister to Wichita Rose WF. 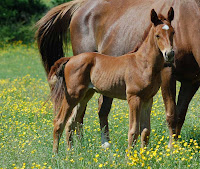 Wei WF "Bea"
2006 AWR filly
(Waldaire x Sabrina WF)
Bea is Sabrina's ET daughter but if I didn't know better, I would say she was her great-granddam reincarnated - she is THAT reminiscent of Today I'm Trying. Full sister to Wolfgang WF. 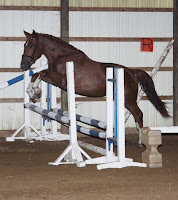 2006 AWR stallion
(Waldaire x Abracadabra WF)
Oz is a clone of Wally who will mature out around 16.1 hands. When he was born, I sat back and said, "Hello Wally!" as I felt like I was attending the delivery of my stallion...just 17 years later. 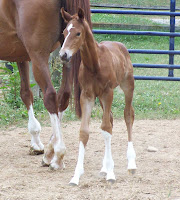 Westbrook WF "Glenn"
2005-2006
(Waldaire x Southern Leigh WF)
Leigh's second foal who sadly had to be euthanized as a yearling due to an injury.

Waterlily WF "Millie"
2006 AWR mare
(Waldaire x Achtung Again WF)
Lily gave us a lovely Wally filly who happens to be a clone of herself...just with a smoother topline & (although we didn't think it was possible) a sweeter temper. 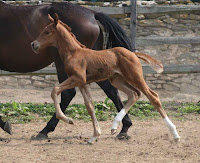 Whodini WF "Dini"
2007 AWR gelding
(Waldaire x Abracadabra WF)
Emmy made another little clone of Wakanda WF & Wizard WF. Perhaps we should branch out into driving as he would make up a matching pair & and a spare? Something to think about for the future to say the least!

1999 AWR mare
(Wallstreet Kid x Flashpoint xx)
Gretta joined up after having a lovely start in South Carolina with a nice background in hunters, a bit of eventing & some low level dressage. She has had one foal by Waldaire (Wall Street WF) and is expecting her second in 2009.

Wall Street WF "Hansel"
2007 AWR gelding
(Waldaire x Wallstreet Rose)
Gretta passed her shiny black colt and distinctive facial structure along to this sweet boy! Hansel has his mama's long eyelashes and relaxed demeanor. He is a star in the making! 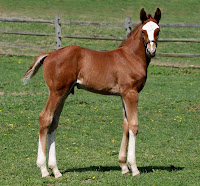 Wyncote WF "Cody"
2007 AWR gelding
(Waldaire x Southern Leigh WF)
Leigh certainly stamps her boys - they get her chrome plus a bit from the stallion! Oh, I would be remiss if I didn't mention the amazing elasticity & power that is a uniform trait with them, too. Full brother to Westerleigh WF & Westbrook WF.

Johnny B. Good "Johnny"
1993 gelding
Our quirky I2 schoolmaster who is The One to ride when you want to learn how to do flying changes. Big gaits are combined with some of the less than stellar attributes from Voltaire but he does know his job!

Debutaunte "Deb"
1990 Hanoverian mare
(Dahlwitz/Wendekreis/Weisenbaum xx)
Our schoolmistress who has had foals by Idocus & Wonderful. Quite the character and excellent teacher! Hopefully she'll have a Waldaire foal in 2010.

1985 PHR mare
http://www.paardenfokken.nl/pedigree.php?horseid=303272
By the Olympic medal winning eventing stallion Volturno out of With Rhythm who was the winner of the fast time award at the Radnor Three Day with Denny Emerson aboard. Dam of As You Wish WF by Adamant. Snuffy competed Preliminary with Emily & Ellie and PSG with Emily as well as doing the 3'9" jumpers with Ellie prior to retiring to the breeding shed.

Valentino (registered name Wirbold)
1969 TB gelding
Bill's wedding present to Anne who trained this TB up through Grand Prix and evented through Intermediate.


Nobody Much
1961 TB mare
http://www.paardenfokken.nl/pedigree.php?horseid=302703
Dam of Again & Again, Ruxton, Rushton, Jackie Blue, The Alchemist and several other foals by Abundance.