The Horse of A Lifetime

A One Of A Kind, Once In A Lifetime Horse

I Remember the first time I sat on "Waldaire".  It was in Warrenton, Virginia at Katherine Dauphin's Farm. She was his Breeder & Owner at the time. His scopey walk, swinging trot & light-rhythmic canter were a joy to ride. His manners & willingness to work were exceptional. As we started to work together, I soon realized that he was a fast learner & really aimed to please.

We worked our way together up The Levels in Dressage to the Intermediate I, winning dozens of National & Regional Awards, along with breeding some lovely Mares & watching the foals grow & mature. 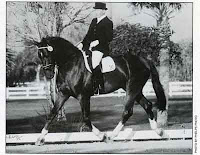 Waldaire was schooling & training all of the Grand Prix movements when Ellie Rawle purchased him from me for a Breeding Stallion for her Watermark Farm. Ellie finished his training under the guidance of her Mother Anne Rawle, & got him into the Grand Prix ring very successfully & I was thrilled !!

I was able to visit Waldaire each year as I attended The Dressage at Devon Show. I got to ride him & check out several of his foals & it made me so happy that a tear would come to my eye. The Rawle's & I would walk the farm together, looking at the Mares & Foals, the Yearlings, & then the Two Year Olds.  Later Ellie would sit on a few of the 3 & 4 Year Olds & tell me of some of the other youngsters they had bred. 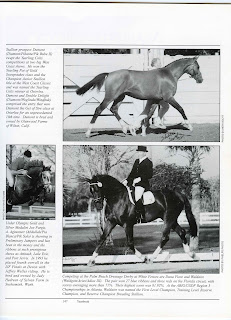 One of the most exciting days was when I got to ride "Wizard", Wally's Approved Son. He is truly a clone of Waldaire. His mind, gaits, talents & color are a true match !!  What a thrill !!  We will all look forward to watching him carry on the Legacy of his Father.


I want to thank the Rawle Family for giving Waldaire the most amazing 2nd half of his life at Watermark Farm. A beautiful 100 acre working, breeding & training farm southwest of Philly. The Rawle's treated him like a king.

Forever in my heart, 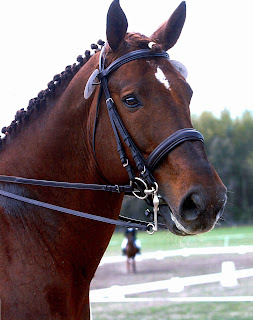 Late in the fall of 2003 I was perusing the Dressage Daily website and happened across the advertisement for Waldaire in the Horse Market section. His show record was impeccable and his fabulous bloodlines were of even greater interest to me. After conferring with my mother and father, Anne and Bill Rawle, we made inquiries to Dana. As we have had family in the Wellington area arrangements were made for me to fly down and see him in person shortly thereafter.

When I rode him the very first time, I was honestly SOLD in 2 strides that I had to have this fabulous horse. The power, the obedience, the cadence and the self carriage...it was what I had been seeking as a rider since my days as a Young Rider. He was perfect. Getting a line of one tempis that he willingly continued around the short end of the arena with perfect balance and rhythm didn't detract with my desire to have such a fabulous horse, either! It was a bonus that he was a licensed breeding stallion who stamped his offspring and, well, it was a case of Must. Have. This. Horse. :)

So I'll fast forward a bit and say that shortly after going to visit Wally in Wellington we were allowed us to purchase him! The day he left Wellington it was in the mid 80's. The day he arrived here at Watermark Farm there was a high of 20*. And thus began Wally's new adventures in Pennsylvania! We spent some time getting to know one another and began to show Grand Prix.

He won several more Year End Awards and was the consummate show horse - ever aware of an audience and how important he was but always focused on his work! In the fall of 2006 we made the decision to retire him from competition as it was time to shift our focus to his offspring. Wally did not relish having a less active career - he would bang on his door for attention if he was not the first horse to be worked each day! From the moment he set a hoof on our property he was truly a King in his Castle! 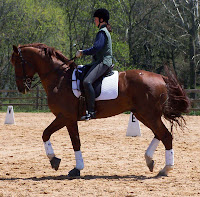 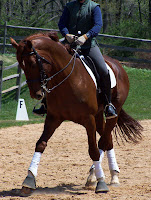 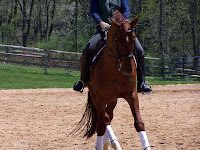 Every autumn that Dana was in the area we would have a wonderful visit and the opportunity to share Wally's wonderful offspring with her. 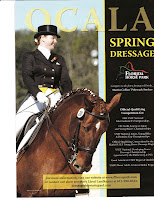 When Waldaire and I travelled to the Florida Horse Park in Ocala, she came upstate and showed her new horse Redford at the same time. It was a really fun opportunity to have a small reunion in a wonderful facility! But there was no greater thrill than to have her ride Wizard. Since the first moment, I had to fight the same tears she had in her eyes as she "knew" exactly how much he is like his father...my heart sang with joy to be able to share him with her that day. 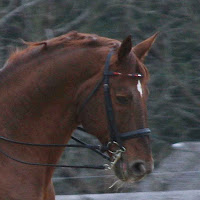 It has been an honor to have Waldaire in our lives. My heartfelt gratitude goes out to Dana and my parents for allowing him to be a part of my life.

Rest in peace Wally. I will miss you forever.
Thank you. ~Ellie